Enquiry Nomination for History
Menu
A bespoke legacy of Success 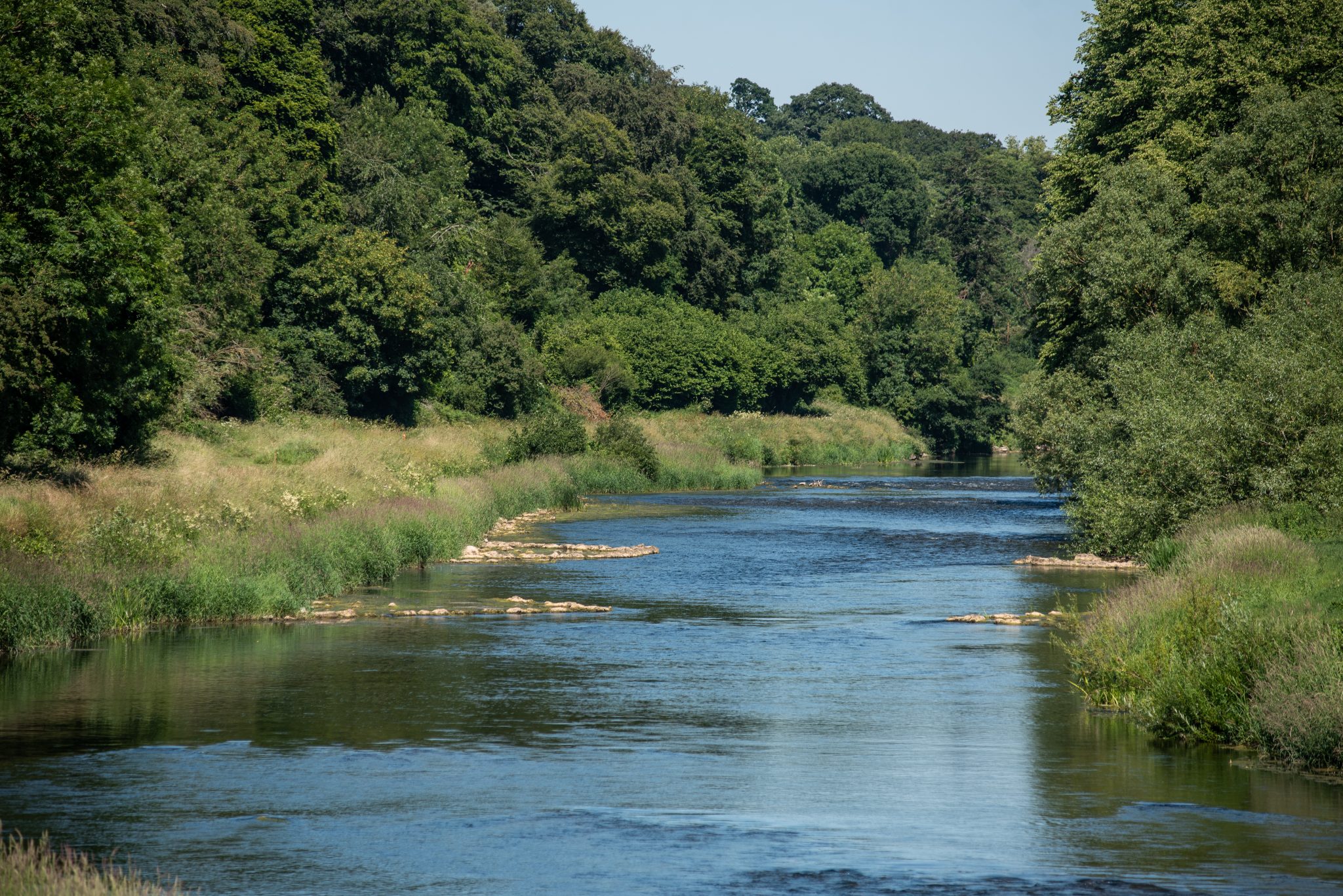 The River Nore which separates Ballylinch and Mount Juliet

Ballylinch Stud was founded by Major Dermot McCalmont over a century ago to stand the fastest racehorse ever seen – The Tetrarch. However, the origin of the site can be traced back almost 500 years, standing on land seized from Cistercian monks by the Crown forces of Henry VIII in 1541.

In the mid eighteenth century, the first Earl of Carrick, a member of the Butler family who had taken possession of the adjoining lands one hundred years previously, constructed a beautiful house on the estate by the banks of the River Nore, which he named Mount Juliet after his wife. He had a bridge built over the River Nore to link the estate to Ballylinch.  “The White Bridge” still stands today as the demarcation between Ballylinch and Mount Juliet.

The McCalmont family’s long and fruitful association with the property began in 1914, with the intention of building a stud worthy of their unique champion. The Tetrarch and his son Tetratema, became champions sire in 1919 and 1929 respectively, the only two grey stallions to achieve that distinction since the turn of the 20th century. 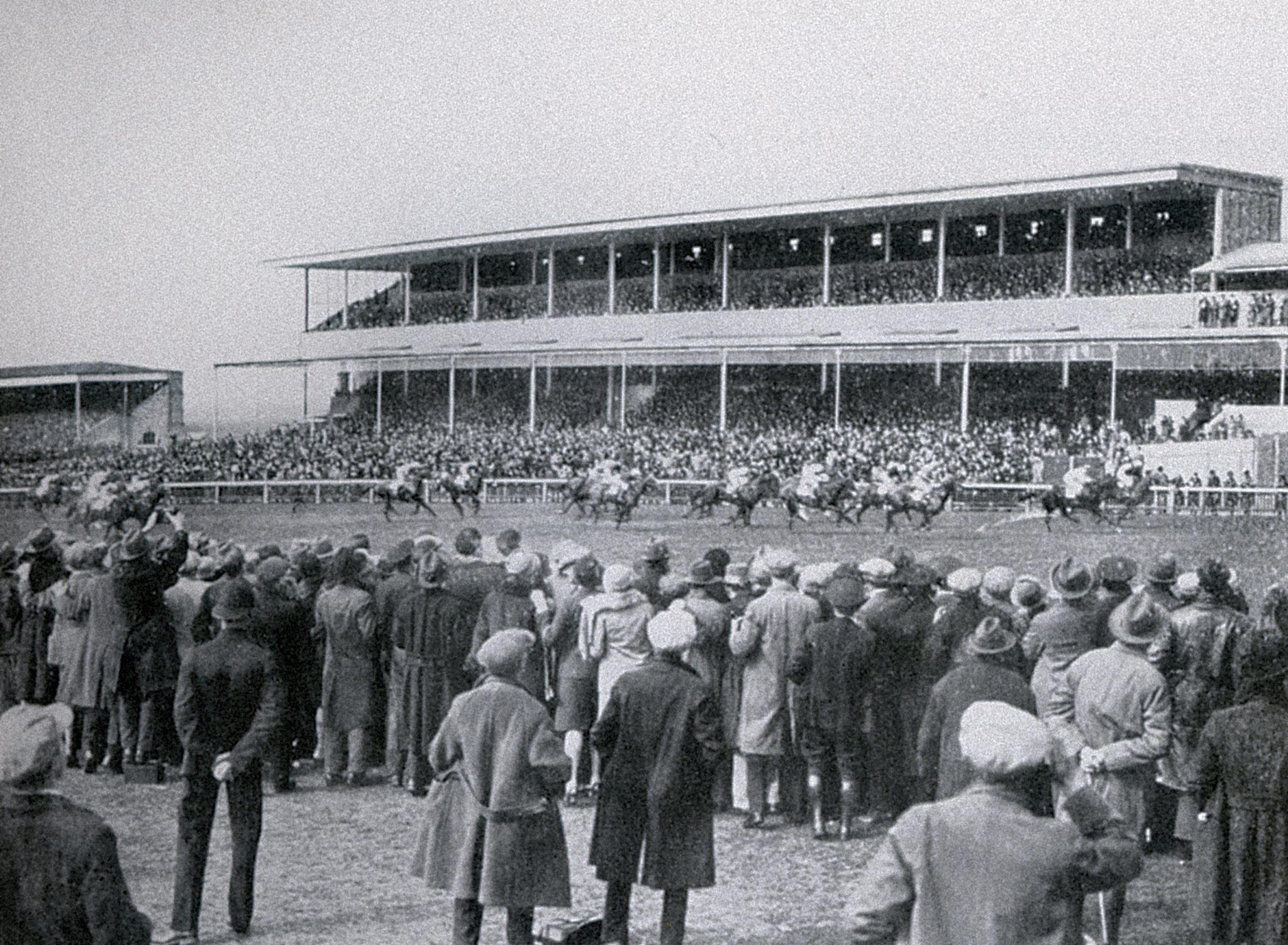 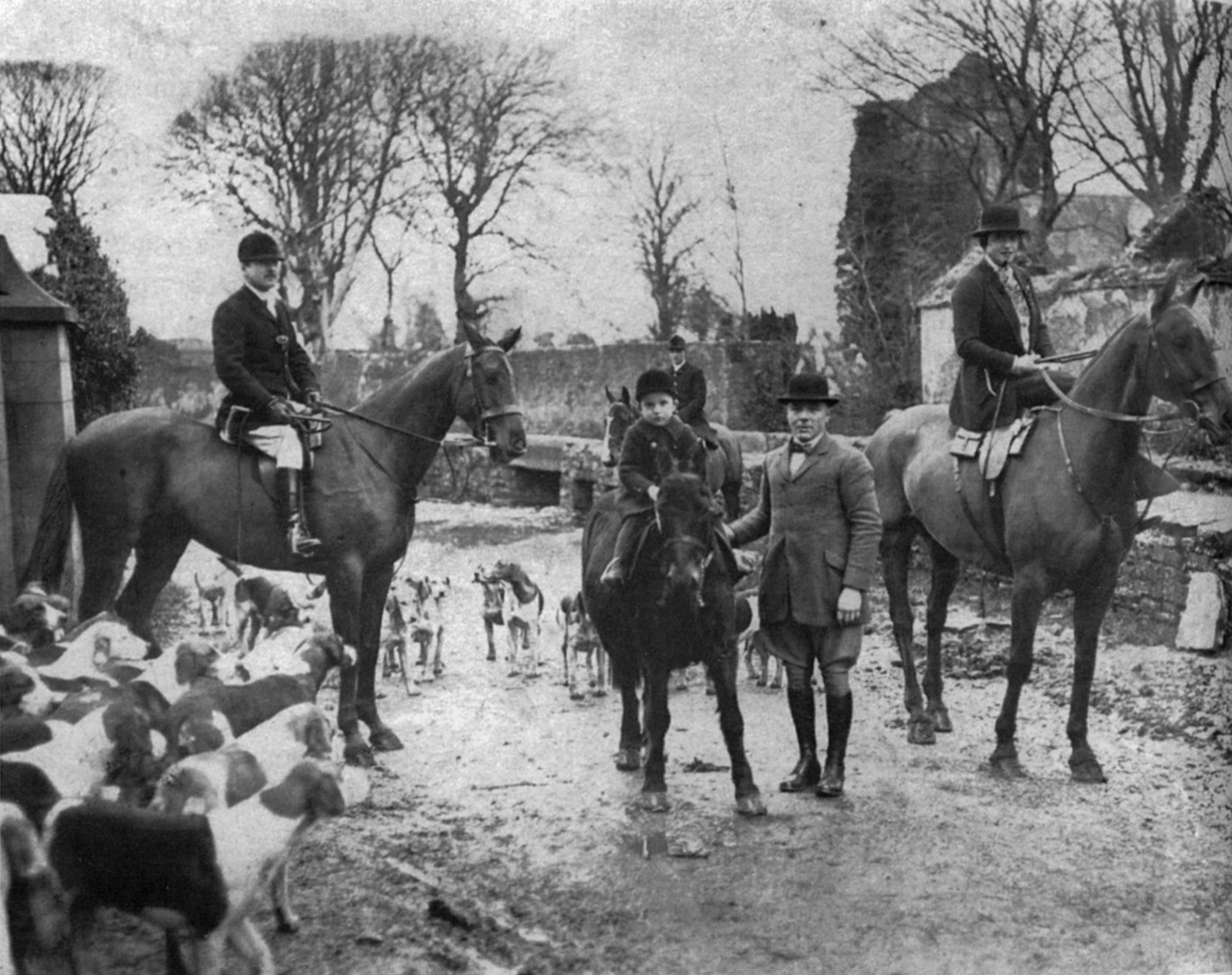 Dermot & Lady Helen McCalmont with their son Victor in 1925

There were many Royal Ascot and classic winners bred or owned by Major Dermot McCalmont during his time at Ballylinch. A string of successes in the late 1920s at Royal Ascot, were kicked started  in 1926 by The Satrap in the Chesham Stakes and Forth Hand in the Windsor Castle Stakes. A year later Stadacona ran away with the Queen Mary Stakes and in 1928 Mr Jinks took the New (now Norfolk) Stakes before following up 12 months later in the St. James’s Palace Stakes. Forth Hand and Mr Jinks (as seen above) also both achieved classic victories in the Irish and English versions of the 2,000 Guineas respectively.

In 1931 Ojala, a granddaughter of the Tetrarch won the Britannia Stakes at Royal Ascot before retiring to Ballylinch as a broodmare and producing consecutive Irish Derby winners Slide On and Piccadilly. She was also responsible for Queen of Sheba, winner of the Irish 1,000 Guineas and the Royal Hunt Cup. The McCalmonts raced two other Royal Hunt Cup winners including Durante, who was out of 1938 Irish 1,000 Guineas winner Lapel and was also a half-sister to Irish St Leger victor Cossock.

Success continued into the 1940s with two Irish Oaks winners, Avoca and the exceptional runner Circus Lady who captured the Pretty Polly Stakes on her way to beating subsequent Prix de l’Arc de Triomphe heroine Coronation V in the 1949 edition of the Irish Oaks.

By the early 1950s, The Tetrarch’s male line had begun to wane and Amour Drake was imported from France. A winner of the Prix Morny, Poule d’Essai des Poulains and Prix Jacques le Marois on home soil, he also won the Coronation Cup and finished runner up in the Epsom Derby. His best runner was the Champion 2yo and Cheveley Park Stakes winner Sarcelle. In 1963 another purchase from France was made, the Prix de l’Abbaye winner Fortino who had a lasting effect on the breed via his famous son Caro, a French champion racehorse who became an influential sire and broodmare sire in the USA. Caro was conceived while Fortino’s was standing at Ballylinch and his vibrant male line can be seen to great effect to this day by Uncle Mo. One of America’s leading stallions and the sire of over 100 stakes performers, Uncle Mo is a Champion Sire of 2yos and Champion First Crop Sire in the USA. 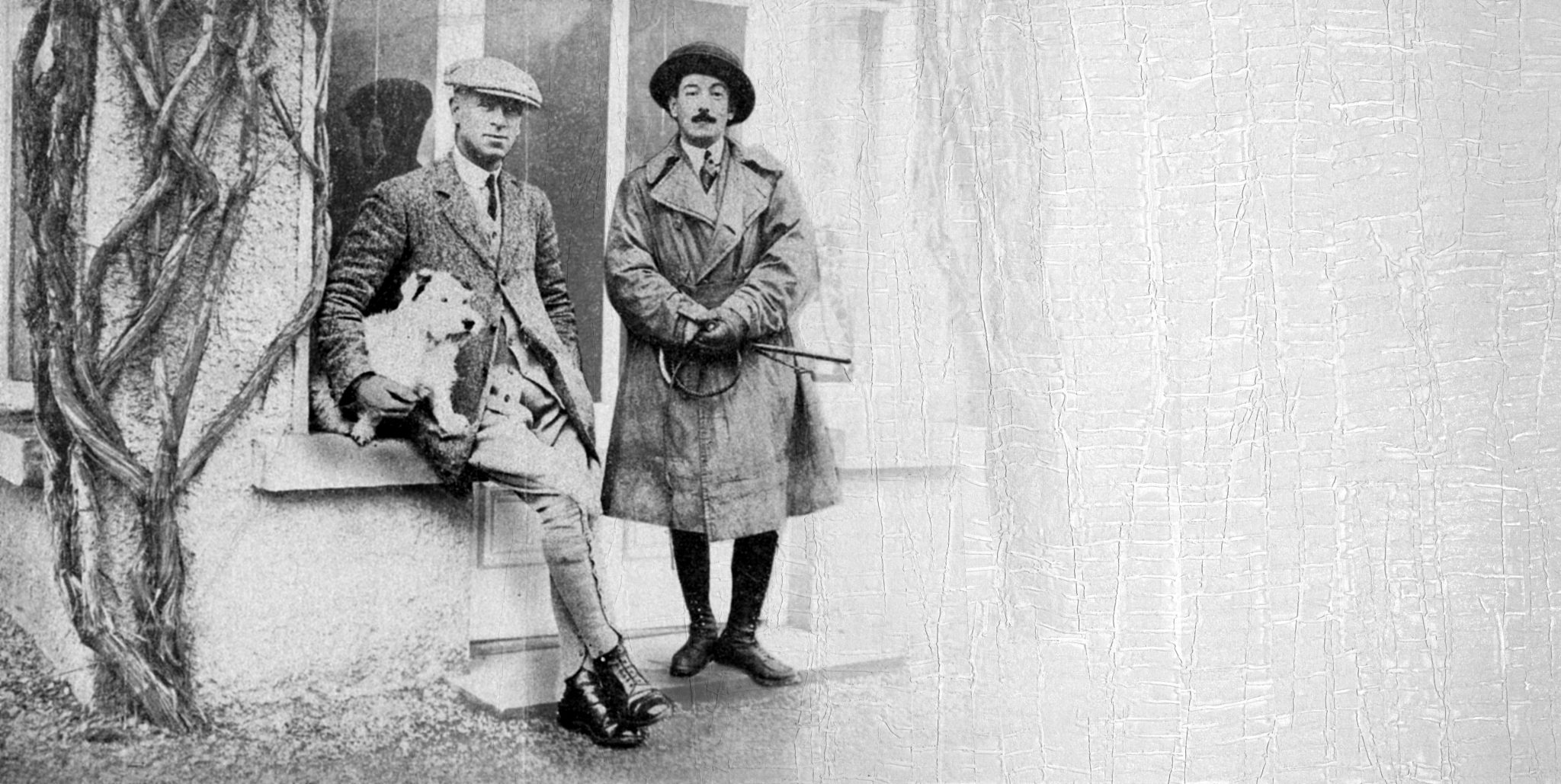 Upon his father’s death in 1968 Victor inherited Ballylinch and by that time he had already raced the 1955 Irish Oaks winner Agar’s Plough. When he subsequently bred that mare to Ballylinch’s Irish Derby winning stallion Zarathusra, the result was Mesopotamia, a 10 length winner of the Chesham Stakes at Royal Ascot. She also beat the colts in the Railway Stakes and only found Derby winner Santa Claus too good in the National Stakes and ended the season as Champion 2yo filly.

Throughout Victor’s tenure Ballylinch achieved considerable success at Royal Ascot with Vervain in the King Edward VII Stakes, Churchill (now Hampton Court) Stakes winner London Gazzette, and his son Stubbs Gazette who won the Britannia Stakes. However, his greatest victory at Royal Ascot was in the 1977 Coronation Stakes, when Orchestration edged out Irish 1,000 Guineas winner Lady Capulet (subsequently the dam of El Prado).

"Breed the best to the best, and hope for the best" 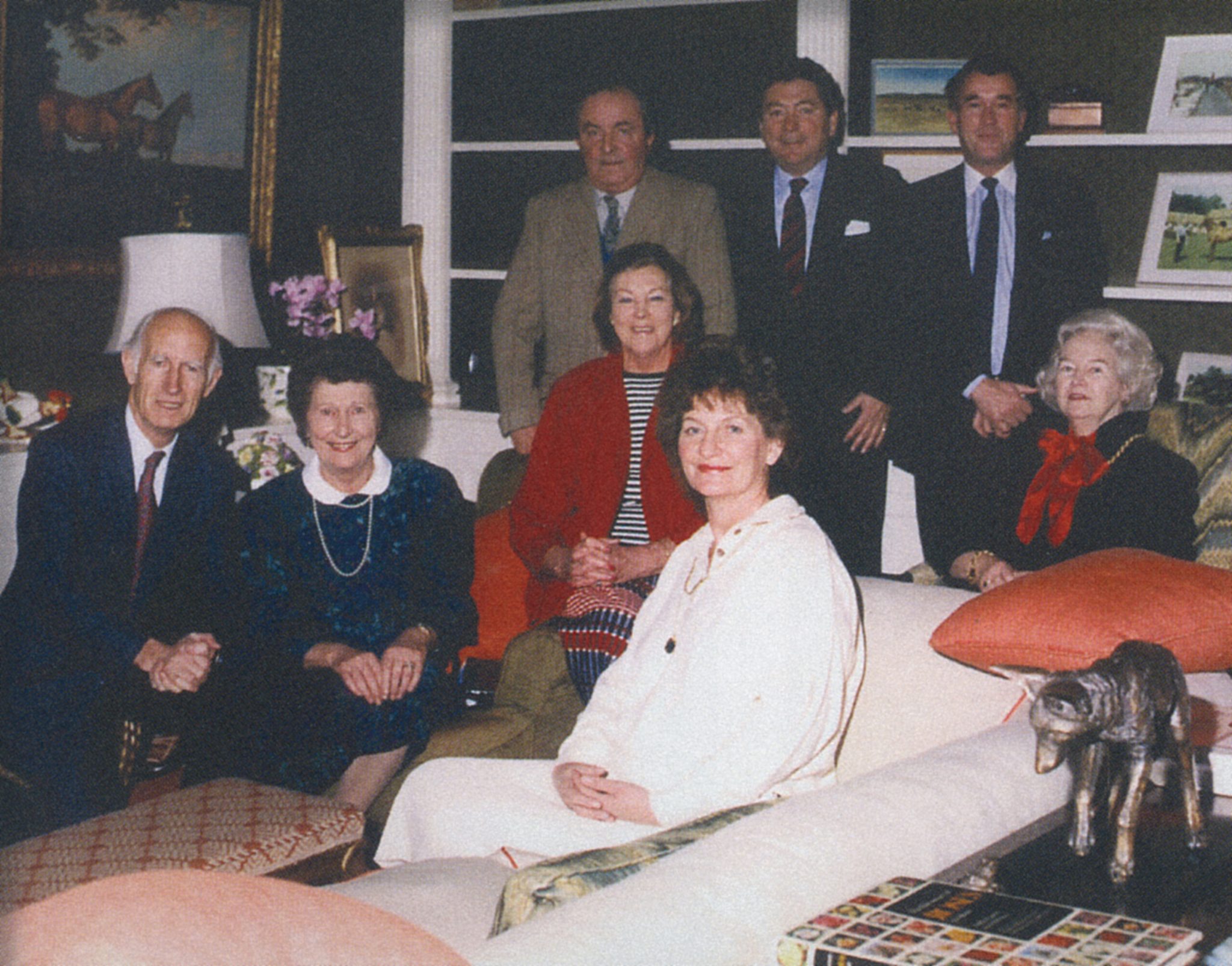 As the 20th century drew towards its close the McCalmont family sold Ballylinch to Tim Mahony, head of Toyota Ireland. In 1988 Tim put his trust in John O’Connor to develop Ballylinch into a leading thoroughbred nursery assembling a portfolio of stallions and broodmares in pursuit of that time honoured precept: “Breed the best to the best, and hope for the best”.

The Mahony family’s investment in Ballylinch enjoyed a spectacular return when The Caretaker won the 1989 Cartier Million at the Phoenix Park in the famous green, white and orange silks. It was during this time that Ballylinch’s broodmare band was restocked and laid the foundations for the many of today’s families. Ingabelle, Majinskaya, Pharaoh’s Delight, Lidanna and Unchartered Haven, were all purchased and each has duly become the ancestress of at least one Group 1 winner.

Those mares are sure to having a lasting and continuing influence on the future success of Ballylinch as their descendants number over 20 in the current broodmare band. 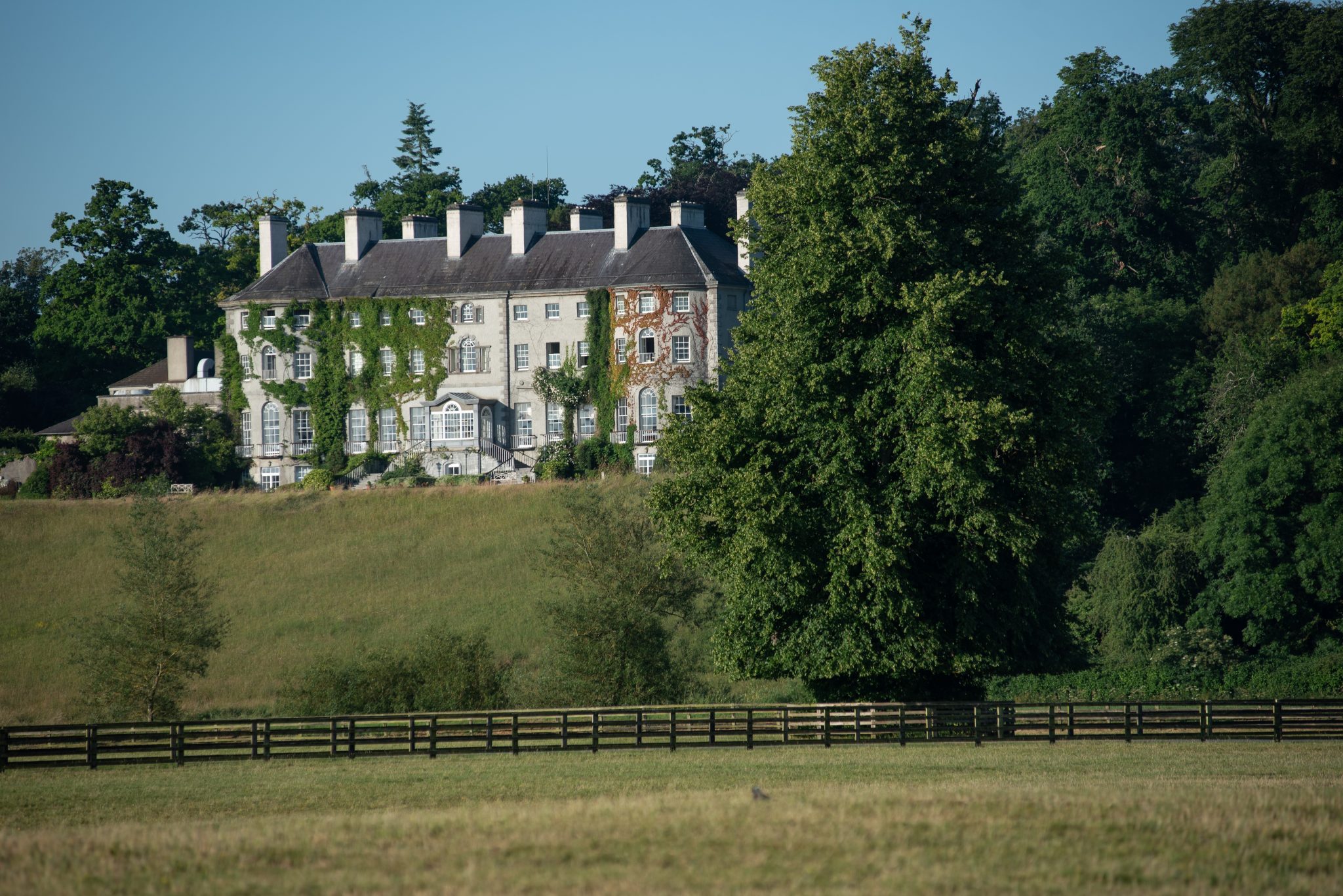