Enquiry Nomination for Winning Debut for Lope De Vega’s No Lockdowns
STALLIONS
11th April 2022
The Anthony and Sam Freedman-trained filly No Lockdowns made a statement on debut over 1100m at Echuca on Sunday. 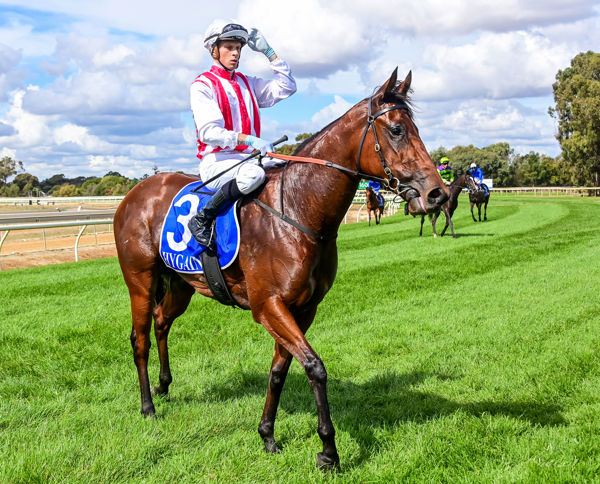 Making full use of an inside barrier, Zac Spain controlled the race from the front on the 2yo daughter of Lope De Vega (IRE). Facing a severe challenge rounding the home turn, No Lockdowns was going as well as any on the line.

She defeated the Zoustar filly Zouperb by one and a quarter lengths with the Odyssey Moon filly Luna Diva a further half-length back in third.

Sporting the colours of Jonathon Munz’s Pinecliff Racing, No Lockdowns was bought by Lindsay Park Racing/Dean Hawthorne Bloodstock for $300,000 from the Kia Ora Stud draft at the 2021 Magic Millions Gold Coast Yearling Sale.

Imported in utero, No Lockdowns is the first foal of the winning Iffraaj (GB) mare Chrisellaine (IRE). 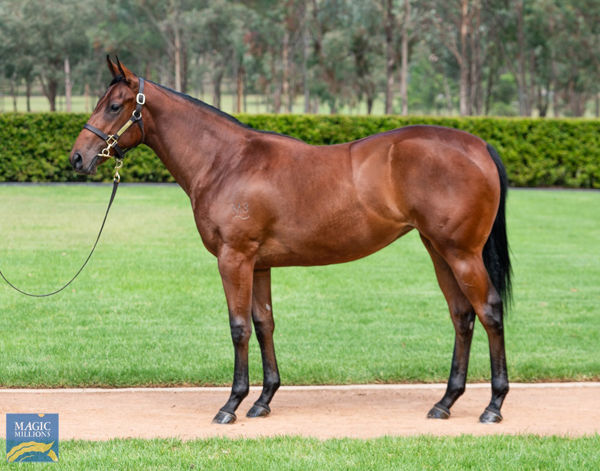 No Lockdowns a $300,000 Magic Millions yearling

Chrisellaine (IRE) is a three-quarter sister to the Champion 2YO Filly in Europe & GB in 2013, Chriselliam (Iffraaj) winner of the Grade 1 Breeders’ Cup Juvenile Fillies Turf, and Group 1 Newmarket Fillies’ Mile.

A Pierro yearling from Chrisellaine (IRE) sold for $80,000 at the recent Easter Yearling Sale.

by Mark Smith – Originally appeared on Breednet on April 10