The Mark Johnston-trained colt was bred by Ballylinch and bought by the Middleham-based handler for just 8,000gns at the Tattersalls December Yearling Sale.

High Peak is the 15th and final foal out of Expectation, a placed daughter of Night Shift who was 23 when Tuesday’s winner was conceived.

She has now produced eight winners, including three with a Racing Post Rating of 100 or higher, namely the Group 2 Richmond Stakes winner Always Hopeful, the Listed-placed Nacho Libre and classy handicapper Extraterrestrial.

Expectation and her brood share their pedigree with the likes of Irish 1,000 Guineas winner Front Row and Norfolk and Temple Stakes scorer Mind Games. 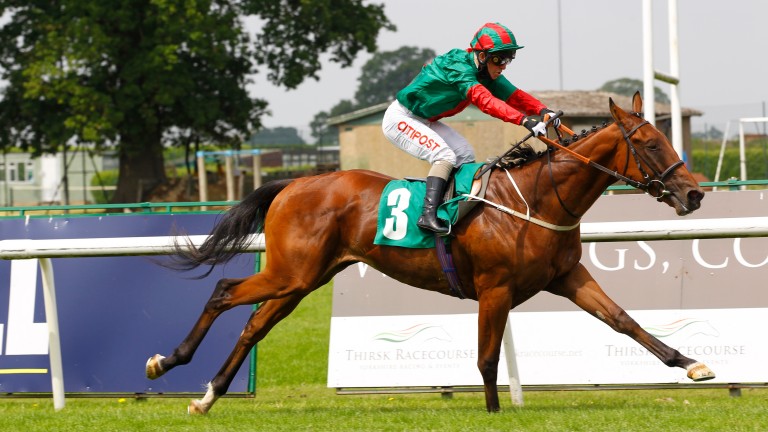 Fascinating Rock is a Newtown Anner Stud homebred by Fastnet Rock who developed into a top-class older performer. He won eight races while under the care of Dermot Weld, most notably the Tattersalls Gold Cup, in which he beat Prix de l’Arc de Triomphe heroine Found, who he also got the better of in the Qipco Champion Stakes.

He retired to Ballylinch Stud in 2017 and covered his debut book at a fee of €10,000. The resulting crop numbers 61 two-year-olds.

Maurice Regan’s Newtown Anner Stud threw its support behind Fascinating Rock’s progeny in the sales ring, purchasing his most expensive yearling, a filly out of Lady Livius, and his second priciest lot, the €160,000 filly out of Bebhinn.

Fascinating Rock is the second of Ballylinch Stud’s first-season sires of 2020 to get off the mark, with New Bay having sired eye-catching winners First Prophet and Perotto.

Originally appeared in the Racing Post on June 16th 2020